Zimbabwe has signed a secret deal to supply Iran with the raw materials needed to develop a nuclear weapon, in breach of international sanctions. 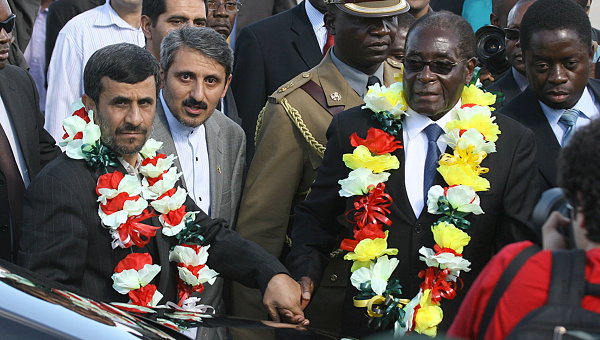 “I have seen [a memorandum of understanding] to export uranium to the Iranians,” Zimbabwean Deputy Mining Minister Gift Chimanikire said.

The agreement, which was reportedly signed last year, is likely to cause alarm in Western capitals.

The United States and the European Union have imposed crippling sanctions on Iran over its nuclear programme which Tehran insists is for peaceful energy uses but which they fear is intended to build a bomb.

Zimbabwe is also subject to international sanctions over its human rights record and conduct of elections.

During a visit by Iran’s then president, Mahmoud Ahmadinejad, to Harare in April 2010, Mugabe said his guest should be assured of “Zimbabwe’s continuous support of Iran’s just cause on the nuclear issue”.

Chimanikire is a member of Zimbabwe’s opposition who is likely to be replaced now that the election has brought an end to the shaky coalition government.

He said the uranium deal had been made without his knowledge, and was only known to a handful of people at the top of the government.

Despite the agreement, analysts sayi that it was likely to be a long time before Zimbabwe’s uranium reserves were ready for export.