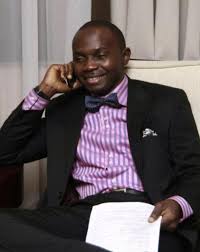 The comedian and host of popular Teju Babyface show  shared a quick but hilarious story with his fans. He narrated the story thus:
“In the year 2011, when I went to invite Peter and Paul of P-square to invite them to The Teju Babyface Show, they were very nice and quite cool with being on the show. After praising us for doing a good show so far, they escorted me outside.
Their mom (of blessed memory) was standing outside with a few friends and she was very warm to me as well. And so, in the sight of all of them (Peter, Paul, Jude, their dancers, mom and family), I entered my battered Honda Accord and started saying a silent prayer; ‘This car please do not disgrace me in the presence of these boys with all their Range Rovers, X6 and Hummer’.

And then I turned the ignition on. NOTHING! The silly car refused to start! I tried again and again, nothing! I wanted to enter the ground! So it was with a shamed face that I popped the hood and Peter helped me pull up the bonnet. I grabbed a stone from the ground and knocked the battery head with Paul saying to me ‘do not worry bro, it has happened to all of us’! Thankfully the car started after several bashings to the battery with the stone and I slowly crawled out of their close.”

Now he is one of the richest comedians with the best cars in Nigeria today..