The Nasarawa State House of Assembly yesterday banned media outfits owned by the state from covering its events. 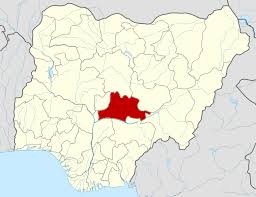 Mr Godiya Akwashiki (PDP-Nasarawa Eggon West) raised the issue at a plenary session while discussing the letter sent to the house by the management of the NBS.

Akwashiki, who is also the Majority Leader of the house, told his colleagues that the General Manager of NBS, Mr Yusuf Musa, said that five commissioners and some advisers had directed that the outside broadcast van should not be brought to the house for live coverage during proceedings.

“It is uncalled for and unfortunate for the general manager to take that decision to deny the people of the state the live proceedings of the activities of the house,” he said.

Mr Peter Mbucho (PDP-Akwanga North) also urged his colleagues to ban the state media outfits from covering the activities of the house.

“After all, it is the assembly that approves the budget of all government agencies, including the state media outfits, why are they denying them and the people of the state their right to enjoy the dividends of democracy.

Mr Baba Ibaku (PDP-Udege/Loko), seconded the motion for the ban of the media outfits from covering the activities of the house.

Ibaku, who is also the Chairman, House Committee on Information, called on the legislature to seek alternatives.