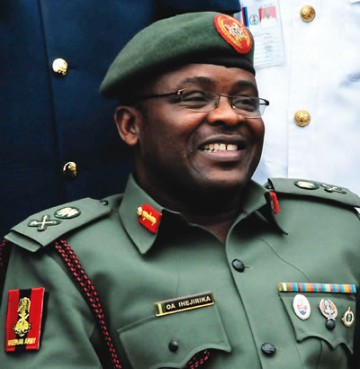 Attahiru made the statement in Abuja on Wednesday while briefing newsmen on the recent developments in the army.

He said the army was committed to the maintenance of national security by remaining vigilant, with a view to reducing vulnerability through proactive measures.

“This is aimed at preventing the spread of terrorism to other parts of the country. These proactive measures have yielded results with the recent arrest in Lagos and Osun states of 42 suspected terrorists.

“I, therefore, wish to reassure Nigerians that the army will continue to constantly review its strategies toward greater sophistication in tackling the security challenges facing the country.

“We want to assure Nigerians that the army will remain agile and proactive by continually enhancing her capability to pre-empt, dislocate and disrupt terrorist threats,” he said.

Attahiru said the goal would be achieved through effective collaboration with other security agencies to defeat terrorists and other criminal elements and ensure safety of lives and property of law abiding citizens.

Attahiru called for support for the Nigerian Army in its fight against terrorism by providing information to it through the alert system.

“As part of the new drive of the Chief of Army Staff (COAS), Lt.-Gen. Azubuike Ihejirika, in ensuring transparency, accountability and professionalism, the army has commenced the implementation of the Freedom of Information (FOI) Act,” he said.

Attahiru said to this end, the army had set up an FOI office in line with the provisions of the law  at the Army Headquarters.

He said the law guarantees the right to know, which is a fundamental human right to every of every Nigerian citizen.