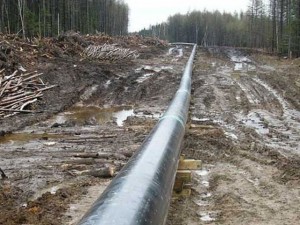 Following a community-focused, “Conference on Oil Theft and Illegal Oil Bunkering,” organised by the Office of the Special Adviser to the President on Niger Delta, which held in Lagos last week, the Federal Government has been urged to immediately mandate and fund the cleanup of the Niger Delta as well as to immediately introduce community monitoring of oil pipelines.

These are expected to mitigate the environmental hazards resulting from oil and gas activities in the region, which are compounded by incessant oil theft and pipeline vandalism.

The tasks are among the different roles that have been mapped out for various stakeholders with a view to ending the scourge of oil theft and illegal bunkering in Nigeria.

In a communiqué issued after exchanging views on the prevailing situation in the oil sector, the Conference, which strongly condemned oil theft and illegal bunkering, further charged government to, “As a matter of urgency immediately pass the Petroleum Industry Bill, PIB, into law.”

It also urged it to, “Strengthen the law against illegal bunkering and economic sabotage with fast track prosecution and long jail terms.”

Other roles which government is expected to play in order to curb the menace of oil theft and illegal bunkering include:

·Increase funding and equipment of the Navy, the Joint Task Force, Nigeria Maritime Administration and Safety Agency, Nigeria Security and Civil Defence Corp, and other security operatives working in the region to defeat oil theft

·Facilitate socio-economic development of the Niger Delta to curtail criminality in the oil sector, and,

·Carry out intensive and concerted campaign to curtail oil theft.

Besides tasking the different levels of government, the conference equally identified specific roles to be played by host communities, industry operators, and international community and security operatives, to boost government’s efforts in checking such criminal activates.

For the communities, the conference expects as follows:

·Report illegal activities within our communities,

·Identify characters involved in illegal activities in our communities,

·Take part in the process of decision-making in all aspects of resource management, and,

·Be part of a comprehensive mechanism to defeat oil theft

On their part, companies were charged to:

·Install meters at the point of production that would measure the quantity of oil produced,

·Move the Head Quarters of the Oil Companies to the Niger Delta,

·Make petroleum products available for people in the Niger Delta and at the right price,

·Provide first line of protection for their facilities,

·Encase pipeline in a minimum depth to protect against vandalism,

·Fund the immediate clean up of the Niger Delta.

·Commence oil finger printing to curtail stolen crude from the demand side,

·Increase collaboration with the Federal Government in combating oil theft and illegal oil bunkering in the Niger Delta, and the Gulf of Guinea. [Vanguard]