The recent disclosure by the foreign affairs minister, Olugbenga Ashiru, that the Nigerian government was being pressurised to legalise gay marriage in the country was not surprising to those who had been following the well-funded global gay lobby in the last couple of years. 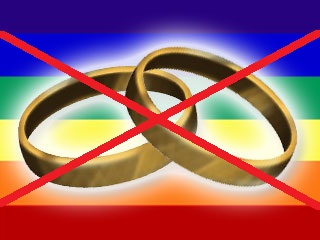 The movement for the legalisation of same-sex marriage has become so powerful in western countries that it is now a prime campaign issue. Elections could be won or lost depending on the position of candidates on homosexuality and lesbianism.

While we concede that every society has the right to determine what constitutes propriety within its borders, we insist that no less an understanding should be extended to the African culture, especially in the context of sexual and marital relations.

Although there are variants within the broad tableau of what is generally referred to as African culture, there is general consensus that sexual relations and marriage should be between two people of different sexes. Whereas polygamy is outlawed in many western societies, it is the norm in most parts of Africa. Indeed, the practice of one man taking several wives is so rife in Africa that aspects of western religious injunctions had to be domesticated in some cases to accommodate adherents who otherwise would have been kept out of the new faith. Africa has not insisted that the laws of western nations be amended to accommodate polygamy. If that is not their culture, it is their right to hold on to the traditions of their forebears.

The point needs to be stressed to western leaders and their do-good acolytes that homosexuality and lesbianism are simply not acceptable in African societies. That is not being judgemental. Unlike in some other parts of the world, it is impossible to imagine the family of two men rolling out the marital drums in Africa.

On the religious plane, the three dominant religions in Africa are the African Traditional Religion, Christianity and Islam. None of them endorses gay marriage. Our cultural mores abhor the concept. Since our laws are reflective of our shared values, it is inconceivable that we shall someday smuggle conjugal union between two people of the same sex into our statute books. We do not agree with squint-eyed lobbyists who tend to link the gay phenomenon with “civilisation”. Whose civilisation?

Africa has enough problems of its own; it doesn’t need to import other people’s peccadilloes and strange liaison to compound its basic problems of bad governance which has largely been responsible for the triune evils of poverty, ignorance and disease. The Nigerian government, especially the federal legislature, must therefore be commended for standing by what is right in the African context. The seed of same-sex marriage may germinate and thrive in western nations. Not in Africa. And certainly not in Nigeria.