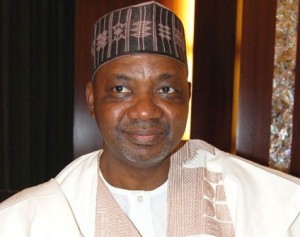 For Nigeria’s electricity generation capacity to reach 20,000 megawatts, the country will need about $450 million from the Islamic Development Bank (IDB), Vice President Namadi Sambo has said.

According to a statement issued in Abuja by the Senior Special Assistant to the Vice-President on Media, Malam Umar Sani, Sambo, who is in Saudi Arabia to perform this year’s lesser Hajj, disclosed this Sunday while meeting with the President of the IDB, Dr Ahmed Mohammed Ali, in Makkah.

According to the News Agency of Nigeria (NAN), Sambo stated that all the approvals granted by the bank over the years had been ratified by the National Assembly and the Federal Executive Council (FEC).

The vice-president urged the bank to consider the construction of a road linking Lagos to Abidjan in Cote d’Ivoire.

While he expressed appreciation for the continued support of the IDB to Nigeria, Sambo requestedthe bank to extend its support to the Nigerian private sector, particularly in the areas of education, aviation and agriculture.

Sambo called on the bank to partner states in executing Public-Private Partnership (PPP) projects in some priority projects.

In his response, the IDB chief said he wanted to use Sambo’s visit as a platform to boost Nigeria-IDB cooperation.

Ali disclosed that the bank had approved three out of the five projects submitted by Nigeria.

Ali said that the Jigawa State Rural Development project put at $32. 4 million and the bilingual education programme for Borno, Gombe and Niger states, worth $30.5million, were also under consideration.

According to him, the bank was currently working on the construction of a trans-Saharan road that would connect several countries including Chad, Niger, Algeria, Tunisia and Nigeria.

He enthused that the project will provide a platform for road travels between Africa and Europe.