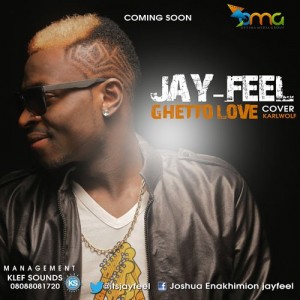 Although he didn’t win Nigerian Idol season 3, but one contestant people won’t forget in a hurry is 3rd runner up Joshua Enakhimion aka Jayfeel.

After thrilling on the show and having fun while doing it, Jayfeel went on to sign a $150,000 deal with Optima Media Group (OMG) and is set to debut on the scene as not just a charismatic face and beautiful voice, but also a great performer and relevant brand to music in Nigeria and beyond.

Signed on to Klefsound Management founded by award-winning producer Samklef, the young singer is releasing his debut single not just as a music file but with a viral video to express himself to fans better before the official video drops.

The title of the song is Ghetto Love (prod. By Samklef) and the viral video was directed by Samklef as well.