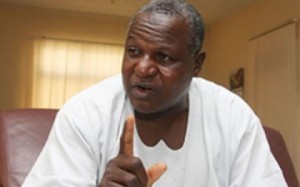 The Nigeria Labour Congress (NLC) has vowed to mobilise its members across the country against plan by the Senate to remove minimum wage from exclusive to concurrent list.

Addressing newsmen shortly after NLC congress on Thursday in Abuja, the president, Abdulwaheed Omar, said labour would do all within its power to ensure that the proposal did not scale through.

According to him, if the proposal scales through, it will plunge workers into untold hardship that will further affect the growth of the economy.

“The national executive council meeting in its meeting therefore resolved to mobilise its members across the country against the decision of the Senate,” he said.

He said the NLC had drawn up a number of measures to persuade the Senate to desist from carrying out its proposal.

Omar said that NLC had equally earmarked several activities that would be carried out after a meeting of the National Executive Council of Trade Union Congress of Nigeria.

He said the NLC would also meet with relevant stakeholders, including some members of the Senate, the House of Representatives and state Houses of Assembly, among others.

The president further said that the provisions, as proposed by the Senate, excluded the private sector “which is also a bedrock of the economy’’.

“If such an amendment is allowed to go through, it means that tomorrow, Nigerian workers will wake up without any moderation.

“Their employers will determine what to pay them and since there is no legislation on ground, they won’t have anywhere to lay their complaints.

“It is not too late and we are still urging the Senate to listen to the voice of reason.

“The putting of minimum wage in exclusive list is not an accident. It is a very carefully calculated thing in order to make sure that the most vulnerable group of workers are taken care of,” he said.

He said labour would continue to negotiate with well-meaning Nigerians, including members of the House of Representatives, who did not toe the line of the Senate, as well as state Houses of Assembly.