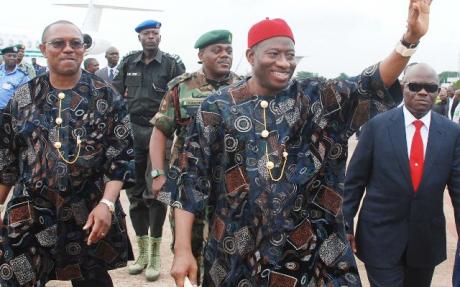 South East zone of All Progressives Congress (APC) has described the suspension of Gov. Rochas Okorocha as proof that the All Progressive Grand Alliance (APGA) is planning a merger with the ruling Peoples Democratic Party, PDP.

In a statement on Sunday by its zonal spokesperson – Osita Okechuckwu – after an emergency meeting in Enugu, APC observed that the first phase to merge APGA with PDP commenced with the South East Zonal Rally of the PDP before the 2011 general elections, where APGA publicly declared support for the PDP.

It said the exit of national leader of APGA, Dim Odimegwu Ojukwu opened the door for Governor Peter Obi of Anambra State to begin the last phase of the PDP/APGA merger.

Okechukwu said, “Let’s not forget that our revered leader, Dim Ojukwu was first chairman BOT of APP (All Nigeria Peoples Party) and if he was alive would have been the first Igbo man to embrace the APC.”

He added, “We regret that APGA national chairman, Victor Umeh, who fought gallantly against this unholy merger, capitulated lately.”

The party said it is the considered view of APC South East Zone that 14 years of PDP leadership had yielded no fruit for the region.

“In 1999, PDP promised and repeatedly before 2003, 2007, 2011 elections the dualization of Abakaliki-Enugu, Abia-Akwa-Ibom, Kogi-Anambra, reconstruction of Port Harcourt-Enugu, Onitsha-Enugu roads, Enugu Coal-Fired-Plant, 2nd Niger Bridge, Onistsha Port etc. The rest they say is history, as we are yet to see any ship berthing at the Onitsha Sea Port launched with fanfare by President Goodluck Jonathan nor where the second Niger Bridge is located in any federal budget. What we saw is patching of roads,” it said.

It also said to make matters worse, President Jonathan, who Ndigbo took as their own and voted massively for; “could not find it worthy to assign Ndigbo to any of the four top protocol list – president, vice president, senate president and speaker.

“In sum, we urge Ndigbo to join the APC enmasse to provide critical infrastructure for the industrialization of Nigeria and sweep away the impression that we are only interested in sharing money,” the statement said.