President Goodluck Ebele Jonathan has described the death of Nigerian Paralympian gold medallist, Mrs. Joy Onaolapo as a big loss to the nation. 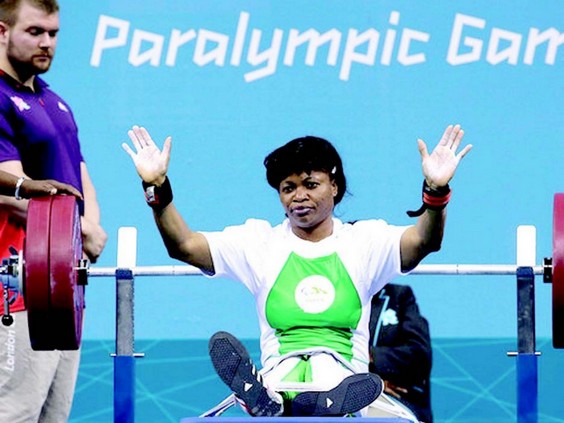 The President, in a statement signed by Reuben Abati said he received the news of the death of the London 2012 Paralympics medallist with shock, and that she was among those who made Nigeria very proud at the games.

Recalling meeting Mrs. Onaolapo when the Federal Government hosted and honoured the Paralympics medallists at the State House, Abuja last year, President Jonathan said, “It was indeed remarkable and very inspiring that she did not allow her physical challenge to stop her from reaching for the best in her sporting life.” The President further added that Mrs. Onaolapo’s commitment and determination at the games and in life were worthy of emulation.

As preparations are underway for the burial of the Nigerian Paralympics heroine in the 52 kilogram power-lifting category, President Jonathan commiserates with her family, the government and people of Edo State, members of the Nigeria Power Lifting Federation (NPLF) and the entire sporting community.

“As we mourn the untimely transition of our beloved sister, let us be consoled by the knowledge that Mrs. Onaolapo’s feat would forever remain fresh in our memory,” the President stressed. He added that the country would always remember those who bring honour to the nation.

President Jonathan prayed that God Almighty would give grace and comfort to the Onaolapo family and grant the soul of the departed peaceful rest.

Onaolapo, the 52kg Paralympian gold medallist at the London 2012 Paralympics , died in her home state, Edo in July.