We Will Continue To Work With Buhari To Find Solution To Insecurity: Lawan

Why We Are Rehabilitating Ex-Boko Haram Members: Borno Commissioner

Babachir Lawal, former secretary to the government to the federation (SGF), says the ruling All Progressives Congress (APC), is...
Read more 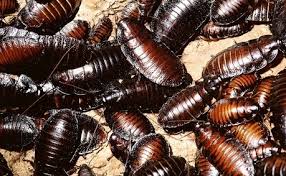 At least one million cockroaches have reportedly escaped from a farm in China where they were being bred for use in traditional medicine.

The cockroaches fled the facility in Dafeng, in the eastern province of Jiangsu, for surrounding cornfields after an “unknown perpetrator” destroyed the plastic greenhouse where they were raised, the Modern Express newspaper said.

Disease control authorities have sent five investigators to the area to come up with a plan to stamp out the insects.

By the time the greenhouse was damaged, more than 1.5 million cockroaches had hatched and were being fed food including “fruits and biscuits” every day, Wang was quoted as saying.

He had expected to make around $180 profit for every kilogram of cockroaches sold, according to the report, but was now facing losses of hundreds of thousands of yuan.

The cockroach is generally considered a pest but believers in traditional Chinese medicine – which uses both plants and animals, including endangered species – say extracts from it can treat diseases including cancer, reduce inflammation and improve immunity.