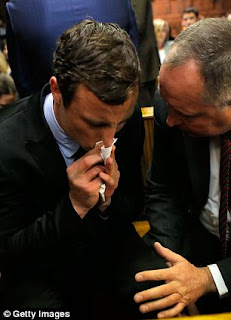 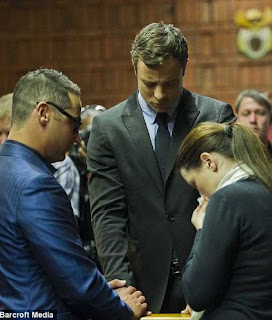 Paralympian Oscar Pistorious was in court today and was formally charged with the premeditated murder of his model girlfriend, Reeva Steenkamp. His lawyers had been hoping for the lesser charge of manslaughter after Oscar claimed he shot Reeva dead in his home on Thursday February 14 2013 after mistaken her for an intruder. Thankfully the courts didn’t buy his story and he will now face a murder trial which will run from now to March 20 2014 at North Gauteng High Court in Pretoria.

The 6-time paralympic sprint champion could also face extra charges of allegedly discharging a firearm recklessly in two other incidents. If found guilty of premeditated murder, Oscar could be spending the rest of his life in jail.