Hundreds of well armed policemen have been deployed around the Eagle Square, Abuja, the venue of Peoples Democratic Party (PDP) convention on August 31, 2013, Saturday. 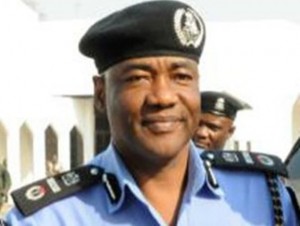 Eyewitnesses report that apart from surrounding the Eagle Square itself and the policemen have taken over all areas adjacent to the venue of the convention and are preventing motorists from stopping anywhere near the venue.

It has been also learnt that in accordance with the assurance of Inspector-General of Police, IGP MD Abubakar on August 29, 2013, Thursday, the Police Force will provide a water-tight security for the conduct of the National Convention.

The IGP also issued an Operational Order directing the Commissioner of Police, FCT, CP Femi Ogunbayode to ensure a tactical and well coordinated deployment of personnel and other operational equipment in order to provide a safe and conducive atmosphere for the convention.

In addition, personnel of the Canine section and special operatives of the FIB are to be deployed for the operation.

The AIG Zone 7 was also directed by the IGP to personally take charge of the entire operation, to guarantee a seamless command and control of the exercise.

Besides security arrangements for Saturday’s convention, decoration of the Eagle Square in PDP colours was realised.

Canopies that will house some of the state delegations and the presiding officers have been mounted inside Eagle Square.