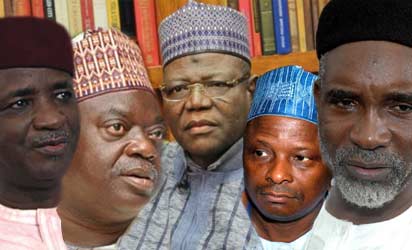 No fewer than five Peoples Democratic Party (PDP) governors have been reported to apply to the Independent National Electoral Commission (INEC) for the registration of a new party to be called ‘Voice of the People’.

The five governors, who have been engaged in months of opposition to the leadership of the PDP and the presidency, have kept sealed lips over the new party.

The VOP’s logo is said to be a single horse standing on its hind legs, superimposed on a white colour with green and brown colours on its right and left sides.

Reports indicate that the application for registration of the Voice of the People has been filed with INEC and a decision taken soon as the governors and other unnamed financiers put finishing touches to the needed requirements for registration.