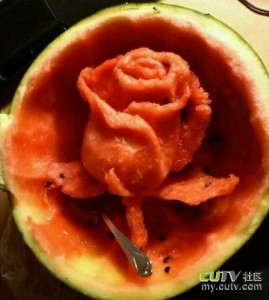 There are a lot of talented food artists out there who can turn watermelons into intricate works of art, but most of them use special tools to carve the tough shell of the fruit, whereas Qian Wei Cheng uses only a spoon and knife to work on the soft red flesh. Photos of his edible masterpieces surfaced on major Chinese social sharing sites just a few days ago, catching the attention of both casual users and news reporters.

Contacted by several media outlets, the 21-year-old amateur artist appeared shocked by all the attention his carvings were getting, especially since to him they were just a fun way to pass the time when he got bored doing his homework or studying for his exams. For most of the designs, Qian just used a spoon, while for the most detailed ones, like the rose below, he also used a small knife. 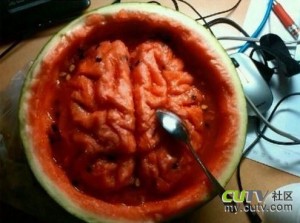 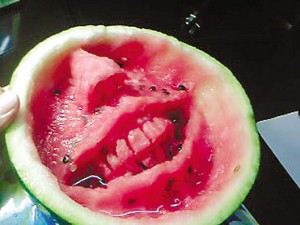 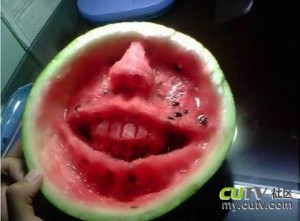