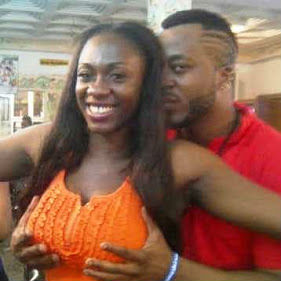 There has been reports that Benson is gay but he has since said he’s not gay and has actually been in a long term relationship with the woman he’s planning to marry.

Benson and Emelda Emells are said to have been dating for over 8 years and intend to get married this December.

Benson who stated in a recent that despite playing a gay role and playing well, he is not gay.

“I am not bi-sexual, neither am I homosexual. I have dated my girl for close to eight years now. So far so good. I plan to take her to the altar someday.

Besides I am from a Christian home. I wasn’t taught a habit like that by my family. And looking for money can not push me to do that.