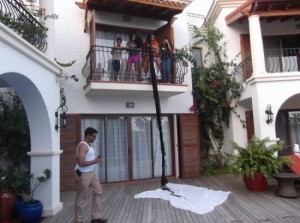 50-year-old Asha Zulu Mandela started growing her lovely dreadlocks 25 years ago, after moving from Trinidad Tobago to New York. Today she is known as “the Black Rapunzel” and holds the record for the world’s longest locks, which measure 19 feet, 6 inches long. 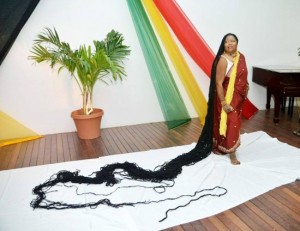 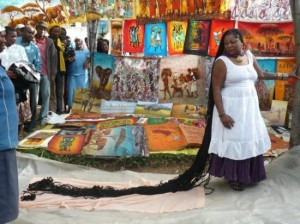 Soon after she settled in Brooklyn, New York, Asha Mandela started working as a nanny, spending most of her time in parks and playgrounds. Perming and styling her hair just wasn’t working very well with her hectic schedule, so she decided to go for an easier, more natural alternative. After careful consideration she started growing “locks, which didn’t sit too well with her family, especially her mother, who though it made her head look like “a riff-raff mop”. Not even Asha herself was sure she had made the right decision because her short hair made them look spiky. But as they grew, she fell in love with her new hairdo and even started referring to her hair as “my baby”. The years passed and her dreadlocks grew past floor length, but she didn’t realized how unique her natural hairstyle had become until about 5 years ago when people started complimenting her and asking all kinds of questions, like how long she had been growing the locks for, how long it took to wash and if she was featured in the Guinness Book of Records. That last one sparked her interest, so she reached out to Guinness and Ripley’s to make her record official.