Barely three weeks after it was reported what actress Yvonne Nelson said, that she had been a virgin for seven months, we can report now that Yvonne has broken her virginity again, thanks to a tweet last weekend. 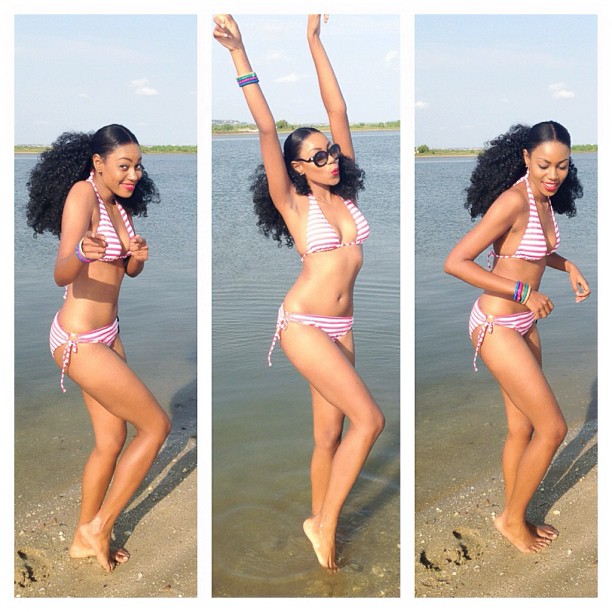 “Okk so I guess I’m not single anymore …….hahahaha mum was even complaining…..lol….SOoooo in love”.

Yvonne did not state who the new found love was though.

The star actress, in an interview she recently granted Nigeria’s talk show host, Toolz on Ndani TV is quoted to have said “It’s been seven months… and am like a secondary virgin. I haven’t seen anyone, done nothing…not even kissed.. Oh yeah I kissed John Dumelo in a movie”.

This was after Yvonne Nelson went all out about how bad her stint with her Nigerian singer and ex-boyfriend, Iyanya had been.

When Yvonne was called last Tuesday to confirm her new “status”, the Princess Tyra star was rather hesitant to give details on her new relationship.

“Yes, I tweeted that. I have found somebody and I guess that is the important aspect of it now. The rest can be reserved for the future since I don’t want to talk much about it. What is important now is that, I have moved on and put everything behind me” she said.

Even before Yvonne came out to publicly declare her relationship status, the versatile actress had been linked to two other Nigerian artistes—Ice Prince and Dammy Krane.

The Nigerian Afro Pop singer, Dammy Krane even mentions her in his new track Really Love You which is reported to be getting a lot of attention in Nigeria.

A line in the song “…sho mo Yvonne Nelson, I don’t just want your waist…” raised a lot of questions but Yvonne Nelson denied any romantic relationship between them.