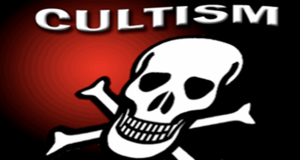 Men of the Ogun State police Command yesterday arrested over forty people in connection with the recent deadly cult clashes in Ijebu Ode, in which six persons were killed within two weeks.

Policemen yesterday stormed Omu-Ijebu in Odogbolu local government area of Ogun State and arrested students of Tai Solarin College of Education,TASCE and some indigenes of the community who were suspected to be cultists.

An executive member of the Students Union Government, SUG, who craved anonymity revealed that the police arrested people from their various houses.

“It was like we are watching a film as the policemen who came in three Hilux vans stormed the town and started arresting everybody.

“Many of our students have been arrested and also some indigenes were picked. Everybody just had to run as we don’t know what actually happened.

“We are having our examination now and the fate of those arrested is not known for now. We are appealing to those concerned to help us to mediate in the matter,” the SUG executive member pleaded.

When asked why the police came to make arrests in Omu, he explained; “What I heard from some people was that some of the cultists who have been fighting and killing themselves in Ijebu Ode in the last few weeks ran to Omu for cover. The police now got the information and they trailed them down here.”

The State Police spokesman, Muyiwa Adejobi could not be reached for confirmation of the incident, but a police source from Ijebu Ode Area Command office, Igbeba confirmed the arrests, adding that more people are still wanted by the police.

“Many people have been arrested and they are now in our custody.The order is from the Commissioner of Police and the Deputy Commisioner himself led the operation.The cult boys have been trying to regroup themselves again in Ijebu Ode,at least,more than five persons were killed in the last two weeks. We cannot fold our arms and allow these notorious boys to disrupt the peace we have been enjoying in this state,that is why the directives come down from the top that we should burst their hideouts and arrest everyone of them,” the source said.