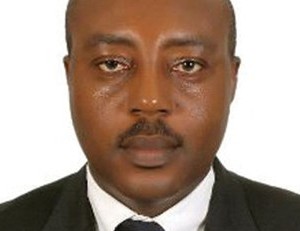 The attempt on the life of Rivers State Commissioner for Sports, Hon. Fred Igwe by yet-to-be identified gunmen has been attributed to the deteriorating state of East-West road in Port Harcourt which has become a base for armed robbers and death trap to motorists, the Deputy Speaker of the State House of Assembly, Leyii Kwanee has said.

Speaking to newsmen in Port Harcourt shortly after visiting the commissioner, who was shot by unknown gunmen along East-West road on Sunday, Kwanee said had the road been in excellent state, the attack would not have been possible.

The deputy speaker said based on what the commissioner told him, the attack happened at a very bad spot on the road.

Kwanee recalled that the foster mother of the wife of the president, Madam Charity Oba was also killed along the same road.

“Though the Minister of Niger Delta Affairs does not like to be criticized about the road, we must tell the truth. Many South-South people lose their lives on a daily basis as a result of the bad state of the road. Every responsible citizen of the South-South should condemn the state of the road because we are feeling the pinch. Other roads in other parts of the country are receiving serious attention .what is our own offense,” he said.