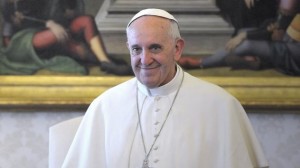 An Italian teenager said he received an unexpected phone call this week and spent the next eight minutes chatting with Pope Francis himself.

The pontiff rang up Stefano Cabizza in Padua on Thursday after he received a letter from the 19-year-old student that was passed on by a cardinal.

Cabizza said the two talked about Jesus and his relationship with the apostles, and agreed they probably related to one another on an informal and fairly casual basis. He said the pope told him, “They were friends, like us.”

The Local.it said Cabizza admitted he was blown away by the phone conversation and related it to the newspaper Il Gazzettino. “I wanted to speak about my fantastic experience to bring this great and humble gesture to light, and the closeness between us faithful followers and Pope Francis,” he told the newspaper.