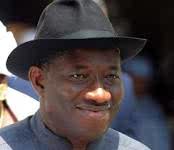 President Goodluck Jonathan will participate in the 2013 Christian Pilgrimage to Israel.

Kennedy-Okpara said this was the first time a sitting Nigeria President would be participating in a Christian pilgrimage to the Holy land.

He said the president had requested that pilgrims from Nasarawa State should accompany him considering the proximity of the state to the Federal Capital Territory (FCT).

The executive secretary said allocation had been given for the state government to sponsor 350 pilgrims from Nasarawa to accompany the president on the journey.

Kennedy-Okpara said the Federal Government had subsidised the exchange rates per dollar to N146 for all intending pilgrims (both Christians and Muslims) for this year’s pilgrimage.

According to him, the reduction is to enable pilgrims, who are spiritually-rich but materially-poor, to be able to embark on the trip.

“Pilgrimage is a tool for moral and spiritual transformation, and not a jamboree as erroneously perceived,’’ he said.

He, therefore, called on churches, corporate organisations and wealthy individuals to sponsor people on pilgrimages with the view to transform the society at the long run.

He requested for a permanent office accommodation and vehicle for the board.

He maintained that his administration accord premium to religious harmony and would continue to promote such virtue.

Al-Makura said his government was poised to carry everyone along, thus the appointment of 10 Christians and seven Muslim commissioners in his cabinet.

He said apart from increasing the number of government sponsored-Christian pilgrims, the state government would also support them with robust packages to ensure a hitch-free exercise.

The governor also granted the request of the executive secretary by approving that a brand new vehicle be given to the state Christian Welfare Board.

Al-Makura also promised that land would be allocated for the building of the permanent site after Sallah. [NAN]