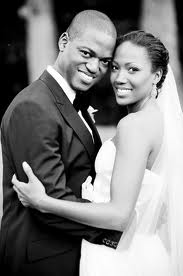 Most women dream of their wedding day, imagining everything from their dress right down to the floral arrangements. Here are just some of the reasons why the tune of “here comes the bride” can hold such a special meaning to your girlfriend.

10. Homebuilder
She wants to start a family, build a home and do things right — white picket fence and all. She also wants the comfort of knowing you will be there when she comes home from work. Whether she has partied hardy until now or wants you to stop doing so, she seeks the perceived stability of marriage.

9. Biological clock
That’s right, folks, I said it. Indeed, society does often use this so-called clock as an excuse for many things, but maybe she thinks that the magical stork will only pass by once in her life and she’s afraid of missing the package.

8. Family pressure
She may have a mother that is going gray, a father that is too eager to live as an empty nester, or a younger sister that has already experienced that day; whatever the reason, she feels the heat and knows that time is slipping by.

7. Control freak
Everyone is a control freak, albeit to different degrees. If she is on the higher end of the control spectrum, chances are that she will want to secure the deal and exchange vows… now!

6. Makes “cents”
Shelling out two rent payments, two sets of bills, and two of everything makes little sense to many. So for couples that have been together a while, getting hitched seems financially sound. Of course, few men would seek such a cost-saving method, but perhaps some women would.

5. Sex
There are some people who prefer to wait until their wedding day to seal the deal in their “relationship.” She may be doing her best female pop star virginesque impression while you’re a couple and is looking forward to that next step, which of course, can only occur once pronounced husband and wife.

4. Her day in the sun
She has given more wedding day gifts than she would care to, and she feels that it’s her time to collect. Conveniently enough, you happen to be in the picture, so put everything together and you’ve just framed yourself in her Kodak moment.

3. Career
Maybe she’s embarking on a new career, finds herself at a crossroads, or has decided to take some time off for her personal life. Whatever the case may be, she feels that the circumstances are just right.

2. Pregnancy
You weren’t careful enough or didn’t plan properly, and now she’s pregnant. It happens, and if single motherhood is not her thing, then you could be looking at your bride-to-be.

1. She loves you
After everything is said and done, she could just want to marry you because she loves you dearly and could not bear to spend another day without you as her husband. Quit watching soap operas, not all women are malicious schemers and you may have just met the woman of your dreams.

Whatever the reason, make sure that if you are planning on getting married, you are doing so for yourself. Sometimes, by being selfish in the short-term, we become rather unselfish down the road — sounds crazy, but it’s true.