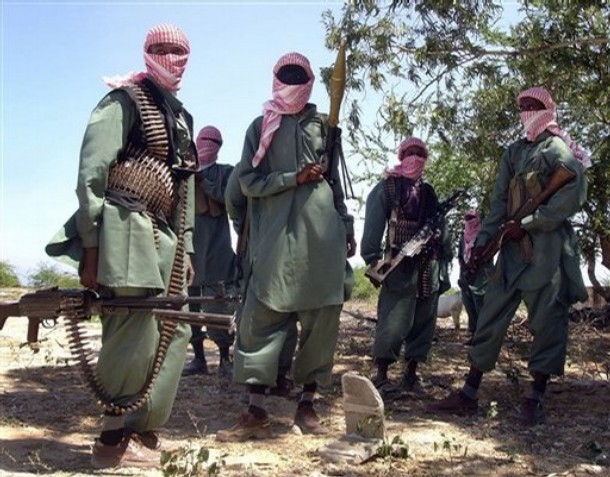 Dozens of suspected Boko Haram militants in Magumeri forest, Borno, have turned to human eaters after being stranded for days without food or water.

Magumeri forest is about 150 kilometres from Maiduguri, the state capital.

Mallam Momodu Bukar, a suspected militant, told newsmen on Saturday in Maiduguri that he fled the camp at the forest on Thursday when it became obvious that he was going to be eaten.

“I thank God that I escaped because I would have been slaughtered by now to provide meal for my colleagues at the camp,” Bukar said.

The suspected militant was captured by a Youth Vigilante Group, popularly known as the civilian JTF at Baga Road motor park, Maiduguri, on Friday..

He said the militants had been in the forest since May, when they were dislodged from Marte, Marte Local Government Area, by the Joint Task Force (JTF) on Operation Restore Order (ORO) after the declaration of the State of Emergency.

“Our group, consisting of about 300 well armed combatants, headed for Magumeri on the orders of the sect leader, Abubakar Shekau, shortly before the military took over Marte Camp.

“We have been wandering in the forest. We have exhausted our food and water supply, and so, everybody became hungry,” Bukar said.

He also said that they lost contact with Shekau due to the closure of GSM services by the Defence Headquarters.

“It all started last Monday when three of the combatants in camp died of acute hunger, and it became obvious that all of us will die if action was not taken.

“The leader of the group, Abu Omar, directed that a non combatant member be slaughtered to provide meal for the rest.

“The meat provided meal for the combatant for just two days and another person was killed in the same manner on Wednesday.

“So, it became certain that I might be the next person since I am also a non combatant member.”

Bukar said he escaped after volunteering to help search for drinking water for the group in a nearby village.

“I left the camp on Thursday evening after agreeing to fetch water from the village.

“After leaving the camp, I started running until I arrived at Magumeri town, so, I slept in the motor park before boarding a vehicle to Maiduguri with the little money on me.” he said.

Bukar said that he was apprehended immediately he arrived at the motor park in Maiduguri by the youth vigilante group.

Commenting, an official of the vigilante group, Mallam Ajid Asheik, said the suspect would be handed to the Joint Task Force (JTF) on Operation Restore Order (ORO) for investigation. (NAN)