The Chinese-language website of the Tibetan government-in-exile, whose spiritual head is the Dalai Lama, has been hacked and infected with viruses. 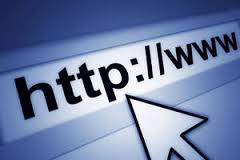 It is believed the malicious software could be used to spy on visitors. Technical evidence suggests the hackers carried out previous cyber-attacks on human rights groups in Asia.

Tibet.net is the official website of the CTA, which is based in Dharamshala, northern India.

The organisation’s spiritual leader is the 14th Dalai Lama, who fled Tibet in 1959 after a failed anti-Chinese uprising, and set up a government-in-exile. China considers the Dalai Lama a separatist threat.

Kaspersky says the CTA website has been under constant attack from the same group of hackers since 2011, but previous breaches have been quietly identified and repaired before attracting significant attention.