Nancy’s father died in a ghastly motor accident when she was barely two months old. His photographs were always with her but she never knew him. She prodded her mother endlessly to tell her stories about her father and was never tired hearing the same thing over and again. 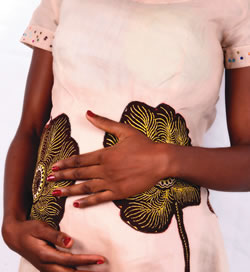 Anytime she saw her friends with their fathers, she was sad and longed for that person she could refer to as a father. Along the line, she gained admission into a polytechnic to study accountancy.

As a first year diploma student of accountancy, she became really close to Ahmed, a final year HND student of the same department. They were from the same tribe and spoke the same language. Being a fresher who was largely ignorant about her surroundings and the way things worked, she found succour in him, who was only too glad to provide a shoulder for her to lean on.

While Nancy saw in him a guardian, Ahmed saw in her, a prey he couldn’t wait to feast on. He slept with her and deceived her into thinking that he cared very much about her.

Shortly before he graduated, he pledged his undying love for her and she believed him. Unfortunately, whatever existed between them both ended as soon as he left. Try as she could, nothing could be done about restoring their relationship. He had moved on with another woman.

She picked up the pieces of her life and moved on. Not too long after, she met Lawrence, an older student in the same polytechnic.

He was contented remaining her very good friend, offering her succour and advice when needed but Nancy wanted more. She loved his disposition and wanted him for keeps. With time, she won him over and like her previous relationship, it ended same way.

Again, she moved on. By the time she began making plans to start her internship; her mother had found love with a well-known business man, Igwe Albert, who married her as his second wife.

He even urged her to have her internship in the accounts department of his company. Seeing how well she did her job and even helping to reduce his overhead cost, he came to appreciate her and showered her with praises and gifts.

It soon got to a point where she stayed back after most of the workers have closed for the day, balancing the books. On such occasions, Igwe would stay back to keep her company and related with her the way a father would with a daughter.

Nancy appreciated this kind gesture and quickly warmed up to him. She was glad to have found a real father figure at last!

One evening, when they were relating as usual, their discussion soon became raunchy and they had sex in the office! She felt bad that she had betrayed her mother.

“I don’t want you to tell your mother about what happened tonight,” Igwe said and signed a cheque of N2m in her name. She didn’t believe he could be this generous and thought this could be the last intimate moment they would share together.

But it wasn’t. Igwe kept coming for her and so were the gifts and money. Her initial fear was erased. Nancy relaxed and went full throttle with him. Not even the mother suspected anything because she believed her husband was taking care of her daughter.

Three months after, she became pregnant and her mother and the first wife soon found out. But Nancy refused an abortion.

“Mother, do you remember what the prophet you took me to when I was 18 years old said?” Nancy asked her mother. Her mother had taken her to a prophet for prayers when she suffered from a strange ailment and medical help failed. Nancy was prayed for and she got better. The prophet warned her mother that the girl must never have an abortion, if she did, she would die!

“So, you are going to keep the pregnancy and marry my husband?” her mother said despitefully.

“Nancy, the prophecy was five years ago and it was because of your illness. You must go for an abortion.”

Surprisingly, even Igwe sits on the fence about it and told mother and daughter to take the decision they felt was the best for them.

But both Nancy’s mother and his first wife are set for battle. They asked that the pregnancy be terminated.

Note: All names and events are fictitious