Smartphone For The Blind Unveiled

Touchscreens have transformed the humble phone into a powerful computing device, one enabling us to take and share pictures, email on the go – even watch films. 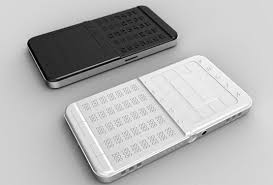 But the touchscreen revolution has left out one sector of society – the visually impaired. The lack of textured buttons means blind people are unable to use them.

Designer Sumit Dagar has invented a prototype Braille smartphone which may give the world’s 300 million visually impaired people the first phone developed with their needs in mind.