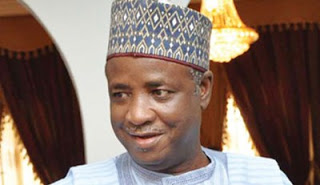 Governor of Sokoto State, Alhaji Aliyu Magatakarda Wamakko has disclosed that his administration is ready to employ about 541 graduates from the State this month.

He explained that the number was arrived at following a recent census of unemployed graduates in the State.

“We arrived at this figure after a recent census of unemployed graduates carried out by the state government. All these unemployed indigenes have first degrees, Masters or PhD and 44 of them are females and I am assuring you that the State government will employ all of them this month of August”, he said.

Gov. Wamakko made this known when he paid the traditional Sallah homage to the Sultan of Sokoto, Alhaji Sa’ad Abubakar III, in his palace yesterday.

The governor noted that the sustained prayers of all the faithful in Sokoto State have helped to maintain its status as the most peaceful State in the federation.