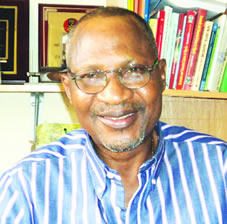 A Professor of Criminology and director of the Centre for the Study of Corruption, University of Abuja, Femi Odekunle, says the current ASUU strike is not about salary or benefits but about ensuring an effective university system.

Odekunle, who spoke with the News Agency of Nigeria (NAN) on Friday in Abuja, said that the claim by the Federal Government that some of the agreements reached between the union and government were not implementable was untrue.

“I do not believe that any agreements reached are not implementable, otherwise they would not even have been reached in the first place.

“And these issues that ASUU is fighting for have to do with infrastructure, funding and conducive environment for learning and all capture such nuts and bolts that drive the system.”

“So the claim by anyone to say that certain aspects of the agreement are not implementable is fraudulent.

“If the Federal Government can put funds into the National Assembly in terms of salary and allowances, why can’t it do the same for education that produces the manpower for the development of the nation.’’

Odekunle accused the Federal Government of employing tactics that were creating division between ASUU and management of universities by its sudden increase of vice-chancellors’ salaries and allowances.

The don, who noted that some lecturers were also culpable in contributing to the sector’s decay, noted, however, that majority of the the lecturers were serious and committed.

He said that government should address issues, including the misuse of resources, corruption of the political and government class, high cost of governance and other issues that had continued to have adverse effects on the country’s development.

Odekunle advised the government to address the ASUU strike from its root cause and not to “play politics and games with our children’s future’’. (NAN)