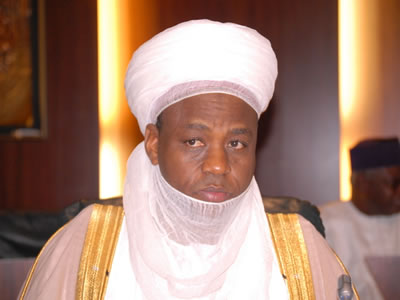 The Sultan of Sokoto, Alhaji Sa’ad Abubakar III, on Sunday in Sokoto warned Nigerians against fanning the embers of insecurity and violence in the country.

The Sultan gave the warning when he hosted a 20-man delegation of the Kaduna-based Peace Revival and Reconciliation Foundation of Nigeria at a Ramadan fast-breaking dinner.

Sultan Abubakar noted that in time of crisis, the sons and daughters of the down-trodden Nigerians were always the victims of violence and mayhem.

“These poor and vulnerable youths get killed or maimed while their colleagues in the wealthy and elitist families are often sent abroad for studies.

“This is another form of injustice against the weak, indigent youths and it must be urgently stopped,” the News Agency of Nigeria quoted the Sultan as saying at the forum.

Speaking on 2015, the Sultan stressed the need to pray for leaders “who will take us out of our present predicaments as a nation.”

He said traditional rulers are not politicians but, “fathers and leaders in the political field…who would continue to pray for Nigeria and her leaders to lead the nation to the promise land.”

Abubakar commended members of the foundation, dedicated to peace building in the north and Nigeria generally, for doing a very patriotic job.

“This is a group of youths from Islam and Christianity who are doing what the elders are supposed to be doing for the country to have peace, unity, security, stability, cohesion and understanding among all Nigerians,” he added.

The monarch urged the youths not to allow themselves to be used by some selfish leaders as “preys”.

The leader of the delegation, Mr Solomon Dalong, a lawyer and human rights activist, said the problems currently facing Nigeria were artificial.

“These problems like insecurity, corruption and poverty, among others were not created by God.

“We had lived peacefully with each other before and the situation now is unacceptable,” he added. (NAN)