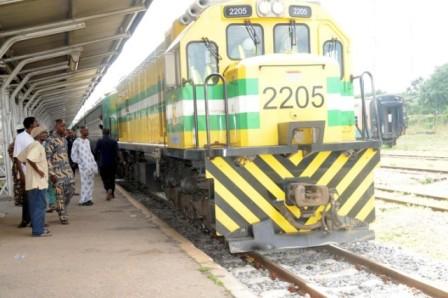 The Subsidy Reinvestment and Empowerment Programme (SURE–P) said on Thursday that it had so far spent more than N30 billion on rehabilitation and construction of railways across the country.

The SURE-P Convener, Railway Sub-Committee, Mr Chike Okogwu, said this in Abuja while briefing newsmen on the outcome of the committee’s meeting.

“We have spent over N30 billion on railways since inception of SURE-P and the N30 billion is for the railway projects all over Nigeria.

“We have the modernisation project from Edo-Abuja to Kaduna, which is a new line and standard gauge line.

“We have done the rehabilitation of the Eastern line which is divided into three contracts – Port Harcourt to Makurdi; and from Makurdi through Jos, Kafanchan and others,’’ he said.

Okogwu also mentioned Bauchi to Gombe and to Maiduguri, adding that the Western rail line was at about 90 per cent stage of completion before the committee’s intervention.

He said that the Edo-Kaduna line with materials on site had reached a reasonable completion level.

“For the Eastern line, we can say that we are at 48 per cent completion stage.

“For the Edo-Kaduna line, we have gone into 55 per cent completion because it is a new line,’’ he said.

Okogwu expressed the hope that none of the projects would run beyond August 2014.

He said that the committee in collaboration with the community service, Woman and Youth Development Department of SURE–P had created over 1,000 jobs to maintain the Lagos-Kano line.

“I think it’s about 1,800 jobs that have been created and the formula is that SURE-P will fund the payment of their salary for now.

“As an exit strategy, these people will be absorbed into the Nigerian Railway Corporation.

“When this line is well maintained, the frequency on the line will increase, and more money will be earned and salaries can be paid,” Okogwu said.

He said that every 10km would have a gang of eight men comprising a gang head, a deputy gang head and six workmen to ensure effective maintenance. (NAN)