Home Entertainment T.I: “I Would Have Killed George Zimmerman if I Was Trayvon’s Father”
Facebook
Twitter
WhatsApp 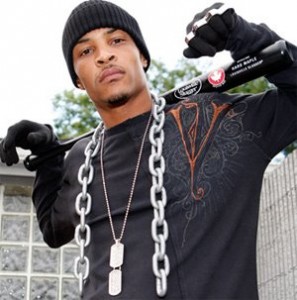 The death of seventeen year old Trayvon Martin and the highly publicized and controversial trial that followed remains a much discussed topic.

Many Blacks are still voicing their hot heated opinion on the matter.

ATL rapper T.I. didn’t hold back his feelings about the issue as he made comments about the verdict of the Jury.

During an interview with Power 98 FM, the rapper  T.I. revealed that he wouldn’t have backed down lightly and would have taken justice into his own hands if he were Trayvon Martin’s father.
“Man, it was some bullshit…My hat goes off to the Martin family, because if it was me and my child, it wouldn’t have been no trial,” said T.I., according to Radio.com. “I’d have been on trial. It would’ve been the trial of the father who killed the man who killed [his child]. That would have been my story.

My hat goes off because they [the Martin family] are much more clear and level-headed thinkers than I. I definitely think something needs to be done, but it’s just another harsh reminder of the world that we live in.”

T.I.’s comments about the Zimmerman trial comes shortly after fellow rapper Rick Ross released “I Wonder Why,” a record in which the Maybach Music Group founder compares himself to Martin and even uses audio from the trial in the song’s outro.