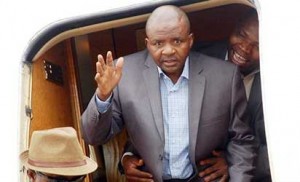 The Conference of Speakers of State Legislatures of Nigeria (CSSLN) Friday threw its weight behind the Taraba State House of Assembly in its action of ascertaining the health status of Governor Dambaba Suntai, urging the Assembly to do what was constitutionally right.

Chairman of the Conference and Speaker of Gombe State House of Assembly, Rt. Hon. Inuwa Garba who addressed a Press Conference in Abuja yesterday however described the political developments in the state as unnecessary and unwarranted.

He said that over-heating the polity of Taraba in the name of politics at a time the State was in dire need of peace and development was not in the best interest of the people of the State and Nigerians at large. He said: “We have watched very keenly the political developments in Taraba State, North-East, Nigeria in the last few days and resolved that the situation calls for urgent attention and concern of every well-meaning Nigerian.

“We have also analyzed the scenario and agreed that the seeming political face-off in the state is unnecessary and unwarranted.

”Counting on the integrity and the noble role of the Legislative Institution, we call on the Honourable Members of Taraba State House of Assembly to stay firm in doing what is constitutionally right in the prevailing circumstance.”

While encouraging all the stakeholders in the state to “resist any undue internal and external interference that are capable of creating religious, ethnic and political discord”, Garba also called on them to remain calm and law-abiding.

He said that “ the Conference of Speakers of State Legislatures of Nigeria sympathizes with His Excellency, Mr. Dambaba Suntai in his present health condition and joins Nigerians in prayers for him” [Vanguard]