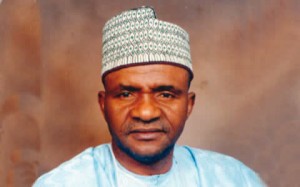 Speaker of Taraba State House of Assembly, Haruna Tsokwa has told Governor Danbaba Suntai to return to the United States for further treatment in the hospital.

Speaking to newsmen in Jalingo, capital of Taraba State about 12 hours after some members of the house met with the ailing governor at Government House, Tsokwa said the members of the house have decided to ask the Governor to return to the United States to continue his rehabilitation programme and only come back to run his office when he is fully fit.

Only yesterday, Suntai appeared on state TV and spoke briefly in a recorded video.

Tsokwa stated that the decision of the members followed their visit to Mr. Suntai on Wednesday night, and affirmed that the lawmakers were convinced that Suntai was unfit to return to office. The House therefore voted the deputy governor of the State to continue in office.

Since returning from the US last Sunday, Suntai has not given the residents of the state cause to believe that he has fully recovered.

In fact, his return, Yar’Adua style, was as dramatic as it was controversial. He was shielded from the people and acted only on instructions while looking and acting confused.

His handlers, including Professor Jerry Gana, former Minister of Information lied to Nigerians by insisting that he had shown he was strong enough to govern the State. [PMNews]