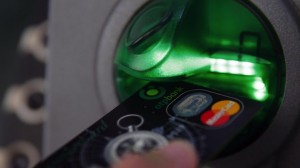 How safe are your debit and credit cards?

Identity theft and fraud affect millions of Americans every year. And depending on how much thought you put into your personalized PIN, you could be at a greater risk than you realized.

So what constitutes a safe PIN number? A new study from DataGenetics lists the top 10 most-used PINs. And because they are the most commonly used PIN numbers, they are by default the least safe PINs.

According to Forbes, the United States and Mexico are home to the greatest number of credit and debit card thefts around the globe. Forty-two percent of Americans say they have suffered from some form of card fraud, a study from Aite Group and ACI Worldwide shows.

The DataGenetics study says that credit and debit card thieves are able to successfully guess more than 25 percent of stolen card PINs within 20 attempts.

And no surprise: the worst PINs are those that are overly simple or sequenced, i.e. “1234.”

WTOP notes that the best PIN numbers are those “with no special significance.” And in the case of the study, DataGenetics said the least used PIN is “8068.”