The Igbo understandably left the North in droves after those terrible pogroms and fled back to the East from whence they came. 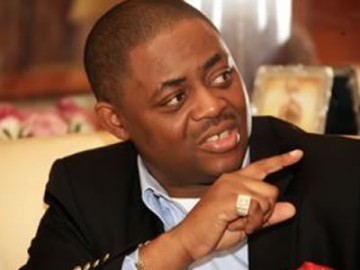 And perhaps that would have been the end of the story but for the fact that they also declared secession and sought to dismember Nigeria.

They then made their biggest mistake of all by provoking a full scale military conflict with Nigeria when they launched a vicious and unprovoked attack on the rest of the South attacking and conscripting the Eastern minorities, storming  the Mid-West and attempting to enter Yorubaland through Ore to capture it.

Thankfully they were stopped in their tracks by the gallant efforts and courageous fighting skills of the Third Marine Commando (which was primarily a Yoruba force and which was under the command of Col. Benjamin Adekunle), prevented from entering the West, driven out  of the Mid-West, pushed back into the East, defeated in battle after battle and were eventually brought down to their knees and forced to surrender to the Federal forces in Enugu.

The Igbo and their Biafra fought Nigeria and killed Nigerians for three hard years in that brutal civil war in which over one million courageous, loyal and faithful sons and daughters of the Federal Republic lost their lives at the warfront trying to stop Biafra from seceding from the federation, from taking our land and from  taking the minority groups of the Mid-Western Region and Eastern Region and our newly-discovered oil with them.

Yet, despite our massive casualties and the monumental loss of lives that the Federal side suffered (a total of two million died on both sides), the Igbo people were welcomed back into Nigeria after the war with open arms. Yet, it was only in Yorubaland and especially in Lagos that they were given all their ”abandoned property” back and welcomed back as brothers and sisters without any reservations or suspicions whatsoever. But in everywhere else in the country for many years, they were denied, deprived, shunned, attacked, killed, discriminated against and humiliated but never in the South-West or Lagos.

It is the Igbo people more than any other that have complained about marginalisation in Nigeria, forgetting that there is no other country in the world in which there was a major civil war and yet only 10 years after that war ended the losing side produced the Vice-President for the whole country in a democratic election in 1979 in the person of Alex Ekwueme.

Some have described my submissions in this debate as being ”inflammatory” and have claimed that I am ”not a true progressive” for making them. I reject these labels and I wonder whether those people that conjured them up described the comments of my dear friend and brother, Chief Orji Uzor Kalu, as “inflammatory” and whether they labelled him as ”not being a true progressive” when he erroneously claimed that the Igbo generated 55 per cent of the revenue and owned 55 per cent of businesses in Lagos and that they are effectively the owners of the state.

Unlike most of those that are attempting to label me and brand me as a tribalist, I know the history of Lagos and the Yoruba very well. We will not let anyone poison the minds of our Yoruba youths or dispossess them of their heritage by keeping silent when we witness dishonest propagation of the most desperate and despicable form of historical revisionism. If anyone thinks that they can intimidate us into keeping quite when their leaders say such things, then they will have the biggest shocker of their lives. We shall not be silenced and they shall not pass. Lagos and the Yoruba generally have much stronger historical, cultural and trading ties with the Bini, Itsekiri, Urhobo, Isoko, Hausa-Fulani, Tapa, Nupe and Ijaw than they do with the Igbo.

The input of those other major ethnic groups to the development of Lagos and their stake in her are far greater than those of the Igbo. Whether anyone wishes to accept it or not, that is the bitter truth. We will not let anyone distort history and we will not keep silent when we hear the effusions of those that seek to substitute truth with falsehood.

When it comes to Lagos, it is time that everyone respected themselves and knew their place. The Igbo particularly should display a much higher degree of respect and gratitude to those who were gracious enough to accept them in their land as equals when things were very difficult for them and who treated them with love, respect and kindness after the civil war when hardly anyone else was prepared to do so.

We, the Yoruba, have accommodated others in Lagos and throughout the South-West and we have let them live in peace for the last 100 years. As a matter of fact, we have been glad to do so because as far as we are concerned, that is one of the hallmarks of civilisation- the ability to accommodate other faiths, cultures, races and nationalities and to create an equitable and just racial melting pot where equal opportunities are available to all.

The fact that we have allowed others to thrive and settle in our land and share it with us does not mean that we have stopped owning that land. The suggestion that Lagos is a ”no-man’s land’ and that the Igbo or any other nationality outside the Yoruba generate up to 55 per cent of its revenue or business is absurd. Frankly, it has no basis in reality or rationality. It is not only a dirty lie, it is also very insulting.

Guests, no matter how welcome, esteemed, cherished and valued they are, cannot become the owners of the house no matter how comfortable they are made to feel within it. Those guests will always be guests. Lagos belongs to the Yoruba and to the Yoruba alone. ALL others that reside there are guests, though some guests are far closer to us than others.

The Igbo are the least close, the most distant and the least familiar with our customs and our ways. They ought to be the last to be claiming our heritage and coveting our land and neither can they claim to have made any real input to our glaring success. For them to think otherwise is nothing but a delusion.

•Fani-Kayode is a former Minister of Aviation