Home News Feed The Reason Women Are Not As Vibrant As Men In The Entertainment...
Facebook
Twitter
WhatsApp

Fast rising music starlet, Wisdom Otu-Ubiebifayan, popularly known as Amaikah, in a recent chat with Saturday Beats, said that the reason women are not as vibrant as men in the entertainment industry is because they do not take their time to study the market. 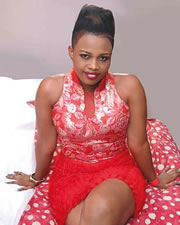 The fair-skinned singer and mother of three said, “For me, it is not about competition right now, music is life to me. It is a business, you need to know the market; have a target audience. Once you have established that, you have done more than half of the job. I think the reason why women are lagging behind in the industry is because they don’t see music as a business. Apart from the fact that we have the passion for music, it is also a business. They should know the market, that is what the men are doing and we are not. There is also what I call the ‘woman factor’. Women tend to lean back a bit when they get married and start having children. For me, I have gone past that stage. I am so ready now.”

The singer said that she speaks various African languages and sings in the three major languages in Nigeria fluently. She added that she also sings in the languages spoken in some African countries including South-Africa, Ghana, Kenya and Tanzania.

Recalling how she began in the industry, she said that she had to sneak out of the house for performances because her Bishop father would not allow her.

“I joined a band when I was 13-years-old and began as a back-up singer. I have been doing it for a long while. At 19, I joined another band, the Heavenly Band, headed by my husband. We got along and eventually got married. Now he is my number one fan. It was a very terrible experience starting out because my father was a bishop before he died. There was this band called the Pastors Band, I was the smallest there. I did a jingle and the next thing, I began getting calls to continue and my father did not like it because I was really young.

The plan I devised was to tell anybody that wanted me for a show to go and ask my father. There was a time I actually sneaked out of the house and by the time I came back, my father was waiting for me outside the house with my property. He later gave his consent before death,” the singer said