Prison officers have warned micro mobile phones sold on the internet for £40 could be smuggled into jails. 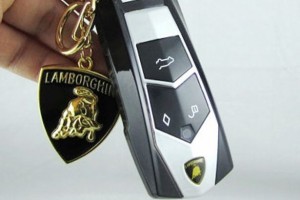 The phones look like a car key fob and carry logos of upmarket car brands.

They can be used for calls and texting but do not have internet access.

The prison officers’ union said: “The use of mobiles in prisons is a massive problem for us. This gadget will make life more difficult.”

Mobiles are used behind bars to control criminal activities on the outside and act as a form of currency.

Owning and using one can add a further two years to a prisoner’s sentence.

But under a proposed law, governors will be able to destroy them and other banned items.