Sexy singer, Tiwa Savage, who finally released her debut album, Once Upon A Time, quite recently, has made a goof that she can be forgiven for. 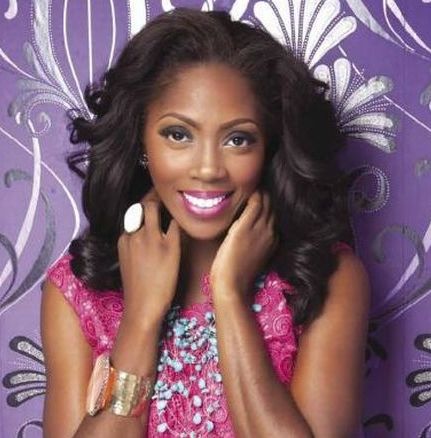 The Eminado singer was the celebrity guest on Kennis Music Channel’s My Top 10 Countdown recently and she acquitted herself faultlessly in disclosing her top ten music videos and the reasons why she chose them.

A professional to the core, she didn’t use the giltedged opportunity to basically promote her own videos and those of her Mavin Records labelmates, which is what Sound Sultan did during his own spot on the same programme recently where he also disclosed that he was the one who wrote Sho Le and not Sean Tizzle. As a matter of fact, she didn’t choose the videos of any of her Mavin mates, Wande Coal, D’Prince and Dr Sid.

Still, it was expected that she would include her own videos in the countdown and she elected to position her Without My Heart video featuring Don Jazzy at number four. Her goof however came when she was introducing her number one video, which was one of her videos of course, her latest, Olorun Mi.

Explaining the reason it was her top choice video, she said that a lot of beautiful people died last year, including her beautiful sister, Goldie, Justus Esiri, the Aluu 4, the Dana crash and so many others that she can’t name. Goldie died this year, though, on Valentine’s Day in February, and Justus Esiri also died this year shortly after her in the same month. Definitely a mistake on Savage’s part.