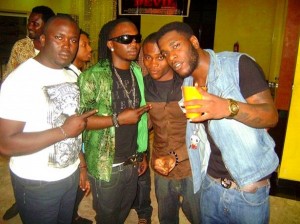 Burna Boy’s debut album, L.I.F.E became and instant hit the moment it dropped, the album is currently making waves in the industry

Our elders say, “give respect to whom its due” and that is exactly what singer  Burna Boy has done.

Burna Boy gave a huge shout out to Waconzy on the second track on his debut album titled – ‘No no no’.

Most people mistook the song as a diss song aimed at Waconzy, but it is the total opposite.

The track rather adorns Waconzy and no diss was intended.