Boxing legend, Mike Tyson, is keen to up his profile in China but is struggling to get to grips with the country’s sardonic sense of humour, judging by his online “weibo” debut. 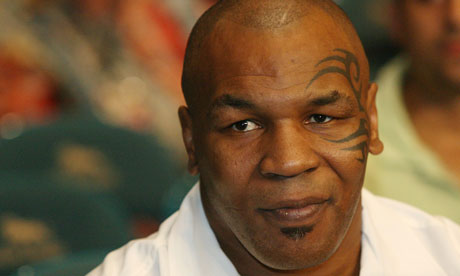 The former world heavyweight champion opened a verified account on the Twitter-like Sina Weibo service last week, and asked in his second posting: “Who’s the best fighter in China?” A popular response was “chengguan”, China’s widely despised enforcers of urban regulations, who have a reputation for brutality.

But the boxer, who retired in 2005 after a career noted for controversy inside and outside the ring including a rape conviction, replied: “Who is Chengguan? A tough man? I’ve never heard it.

“Many guys talking about cheng guan as a great fighter? Still not a clue about him…” he added later.

Tyson was following celebrities including Brad Pitt and David Beckham on to Sina Weibo, and had 75,000 followers by Tuesday afternoon. Tyson’s posts quickly became among the most reposted on Sina, with tens of thousands of followers commenting on a potential fight.