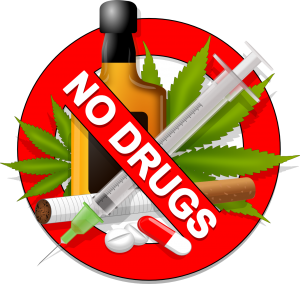 I have always had this idea at the back of my head but never wanted to be a bad-sport. The level at which celebrities spend money on expensive cars, apartments and other  expensive acquisitions, you would have to be scared that this isn’t just money from entertainment.

Saturday Punch has learnt that The National Drug Law Enforcement Agency is taking covert steps to monitor specific Nigerian celebrities moving in and out of the country.

Spokesperson for the NDLEA, Mitchell Ofoyeju dropped the hint during a telephone interview with a reliable source on Thursday but however did not reveal the names of such celebrities.

He was reacting to reports that some people in the entertainment industry find it easy to traffic drugs in and out of the country.

“This is not to say the NDLEA is relaxing its surveillance on ordinary Nigerians or other categories of travellers to ensure the eradication of drug trafficking in this country.

“You need to remember that the agency is an elite organisation that works basically through investigation. We don’t totally discountenance rumours, but such must have some leads we can work on.”

Ofoyeju said the increasing successes of the agency’s war against drug trafficking was the main reason the United States removed Nigeria’s name from the list of “drug major states.”

Asked if the renewed focus on celebrities was a result of the alleged drug ingestion saga involving Yoruba actor, Babatunde Omidina, popularly called Baba Suwe, Ofoyeju said the agency had always ensured that no Nigerian was treated as a “sacred cow” in combating drug trafficking.

He stated, “It is not even about Baba Suwe. The man was picked because there are no sacred cows. Our effort is a continuous thing. The issue of being a celebrity does not come in at all in the fight against drug trafficking.

“Everybody must be subject to the law of the land. Investigations that have to do with celebrities could take a long time depending on the mode of operation. It is a gradual process.”

Ofoyeju did not also give the reason for the choice of particular celebrities under investigation but promised that the outcome would be made known in due course.