Nigerians have been treated to a theatre of the absurd in which those close to the oil scene are the same people complaining about it and passing the buck among themselves. 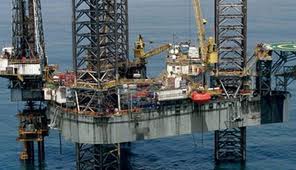 Jonathan’s government is either powerless to stop or is unwilling to do so. Meanwhile, we face real fiscal catastrophe this year and next year if the theft is not checked. Who are the culprits? Take your choice from the list below.

As Nigeria lurches dangerously towards another debt trap, and as it will become increasingly difficult for the Federal and State governments to meet their financial obligations to a wide range of stakeholders, the most important item on the national agenda is to find out who are those stealing Nigerian crude oil. Next to that is to also find out who are the buyers of the stolen crude. But, let me pose a question to all Nigerians.

Supposing the members of a household engage security people to guard their residence and pay them extremely well. Yet, thieves break into the household every night and steal their most precious properties, what would the owners of the household do? Retain the security staff or sack them? If the answer that comes to your mind is “sack them”, then why do we continue to retain the security people, the oil workers, the NNPC and top government officials, as well as the militants who have collected fantastic salaries and huge contracts to protect our oil installations and are not doing it?

Ask anyone who had ever gone far into Nigeria’s territorial waters and you will be amased how extremely difficult, if not impossible for any maritime vessel to enter our coastal waters to do any business. Last week, I talked to a former owner of a trawler about my experience aboard another trawler whose owner had asked me to go out to sea with his crew to find out from first hand experience what the security forces, pirates and militants do to fishing boats.

The question is: if people engaging in lawful business cannot sail into Nigerian waters undetected, how is it possible on a daily basis for criminals to so without being apprehended? The answer is obvious, our security people, like the guards in the fictitious house above are the thieves. The story had been told about the man in rural Russia who could predict when a goat would be stolen – until people discovered that he was the thief.

The Ministers of Petroleum and Finance, as well as the President have told us that 400,000 barrels per day is being stolen with the calm assurance that another 400,000 barrels will disappear tomorrow and next week. They stay in Abuja mostly, but they have staff in the oil producing areas. The questions that arise are: how do they know it is 400,000 a day?