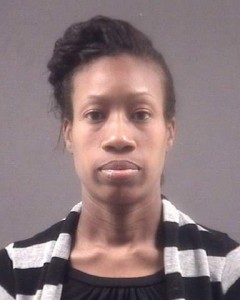 10 On Your Side has uncovered new information about the Portsmouth woman accused of killing her one-month-old son Wednesday afternoon.

Wednesday’s incident isn’t the first time 36-year-old Keisha Holmes has been accused of hurting a child. She plead guilty to abusing her niece two years ago and to manslaughter in 2002.

Norfolk Court Records show Holmes hit her four-year-old niece with a belt and belt buckle as a punishment. It left painful cuts and bruises, of which the child complained to her teachers. Holmes was sentenced to three years in prison for the offense, almost all of it suspended.

Holmes also admitted guilt to manslaughter and simple assault in Washington D.C. when she worked as a nurses’ aid there.

Holmes left an 89-year-old blind man alone in a bathtub while she went to brush someone else’s hair. Another nursing home employee found the man drowned with the water running into the hallway. Holmes served three months for the incident and got two years on probation.

Holmes later plead guilty to simple assault for punching a 91-year-old resident at another nursing home.

WAVY.com found Portsmouth Police taking pictures and combing for evidence at a church near her Portsmouth home Friday afternoon. It is not certain what they were looking for, but WAVY.com did confirm investigators are looking into a report that Holmes could have killed her baby at the church.

Court documents show she called 911 from her cell phone and said she smothered her one-month-old son with a pillow. Police went to a home where crews tried unsuccessfully to revive the infant. Portsmouth Police took from that residence, a pillow, a cell phone, two prescription bottles, a key and some papers.

There was no one inside the church when WAVY.com stopped by, and no answer at the phone when we called.

Holmes is being held in jail and is due back in court next month.