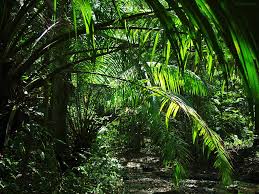 A woman, 25, who ran into the forest to escape a sex attack became lost in the wilderness for 12 days.

She was rescued near a wooded area in west-central Alberta on July 26, the Canadian Press reported.

Kevin Roy Gladue, 36, has been charged with sexual assault and aggravated assaultin the incident, according to the Edmonton Journal.

Investigators say the victim was riding in a truck with four other people on July 14 when the vehicle broke down. Three people went for help, and when the woman and Gladue were left alone, he allegedly struck her in the face and tried to sexually assault her before she ran away into the surrounding woods.

She was reported missing a few days later, but Royal Canadian Mounted Police officials gave up the search on July 19.

On Friday, the woman emerged from the forest and was spotted by a passersby on a dirt road. She has been hospitalized with a broken jaw and infected cuts, but is now recovering, according to Beacon News.