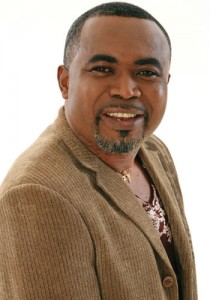 Veteran Nollywood actor Zack Orji has spoken up against the rampant indecent dressing in Nollywood. According to reports by the News Agency of Nigeria (NAN), the actor turned ‘man of God’ made this statement while speaking at a gospel function in Imo State on Wednesday, August 7, 2013. ‘Most movies shown in recent times are capable of destroying the moral background of children as they have become the most popular movie audience. Film production must be properly checkmated before circulation because it is wrong for an actor or actress to expose his or her body to the world in the disguise of acting’, Orji stated. Now a pastor in the Power Life Assembly Ministry, Owerri, Orji advised actors to lead lives worthy of emulation. That’s good advice coming  from the veteran actor if you all remember, Zack Orji played that explicit bathroom scene with Eucharia Anunobi in the mid-90s Nollywood flick, ‘Glamour Girls’. Funny enough, Zack Orji and Eucharia Anunobi who were involved in probably Nigeria’s first erotic movie scene are both spiritual aka Pastors.