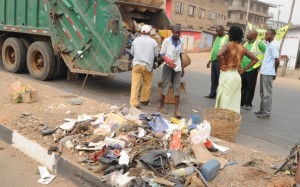 Special courts set up by the Edo State government to prosecute those violating the monthly environmental sanitation exercise, yesterday arrested and convicted 176 persons.

Operatives of the state Enforcement Unit, Task Force on Environment, charged over 200 persons before the special courts, out of which 176 were sentenced to between seven and 14 days imprisonment with the option of fines, despite heavy rains witnessed in parts of the state capital.

Speaking on the increase in the number of those found contravening the state environmental sanitation laws, Permanent Secretary in the ministry, Maj. Lawrence Loye (rtd.), who was sighted around Oredo Local Government secretariat during the exercise, however, said the state was recording more success in the war against fifth.

All states controlled by the All Progressives Congress in the South West, and Edo State (Former Action Congress of Nigeria, ACN states) observe the monthly environmental sanitation every last Saturday of the month.