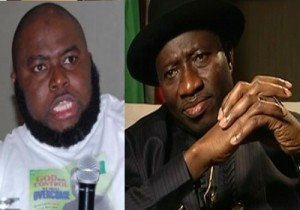 A former commissioner of police, Abubakar Tsav, has dismissed threats by former militant and leader of the defunct Niger Delta People’s Volunteer Force, Alhaji Mujahid Asari-Dokubo that there will be “blood on the streets” should President Goodluck Jonathan fail to return as president in 2015 as mere “hot air.”

Tsav urged Nigerians to be courageous enough to call Dokubo’s bluff, who he described as a “bloodthirsty” individual.

The former police chief noted that while he would welcome any intellectual discourse from the ex-militant leader if he has any in favour of President Jonathan, he would not condone his threats.

“This is the second time Dokubo, an ex-militant is threatening other parts of the country with massacre, the only trade he and his followers are accustomed to. His death threats to Nigerians are mere hot air because he does not have the monopoly of violence in a country of well over 150 million people”, he said.

He added, “I urge Nigerians not to be scared; they should be bold to call the bluff of a bloodthirsty citizen who looks at the God given natural endowments of oil and gas in that region as over and above life. He should be told by all Nigerians that the wealth belongs to the country, not the tribe sitting on it”.