The medical practitioner who alerted the public on the controversial abortion law in Imo State, Dr. Phillip Njemanze, has dragged the state government to court over plans to revoke his property. 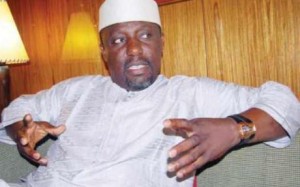 Confirming this development to Vanguard in a telephone interview, Monday, Dr. Njemanze said he wanted the court to redress the alleged injustice perpetrated against him by government, as well as pronounce the revocation of his property null, void and of no effect.

While saying that he had a valid certificate of occupancy, Njemanze also explained that the threatened property was validly and lawfully acquired before the present administration came on board.

The consultant neurosurgeon, who doubles as Chairman, Association of Catholic Medical Practitioners of Nigeria, ACMPN, said: “The threatened piece of land is for the construction of a multi- billion Naira state of the art medical facility.

“Construction work had started on the over N50 billion medical facility before the current threat.

“A consortium of pro-life medical doctors are part of the project and we have other institutional support.”

Njemanze said he had nothing personal against Governor Rochas Okorocha, pointing out that he was only attacking the administration’s anti-life law.

“The governor’s apology as well as the alleged move by the legislature to expunge the controversial sections of the abortion law number 12 of 2012 is not enough. “There is an installed safeguard to perpetuate abortion in the state, using the older law number seven, signed by Chief Achike Udenwa four days before leaving office,” Njemanze alleged.